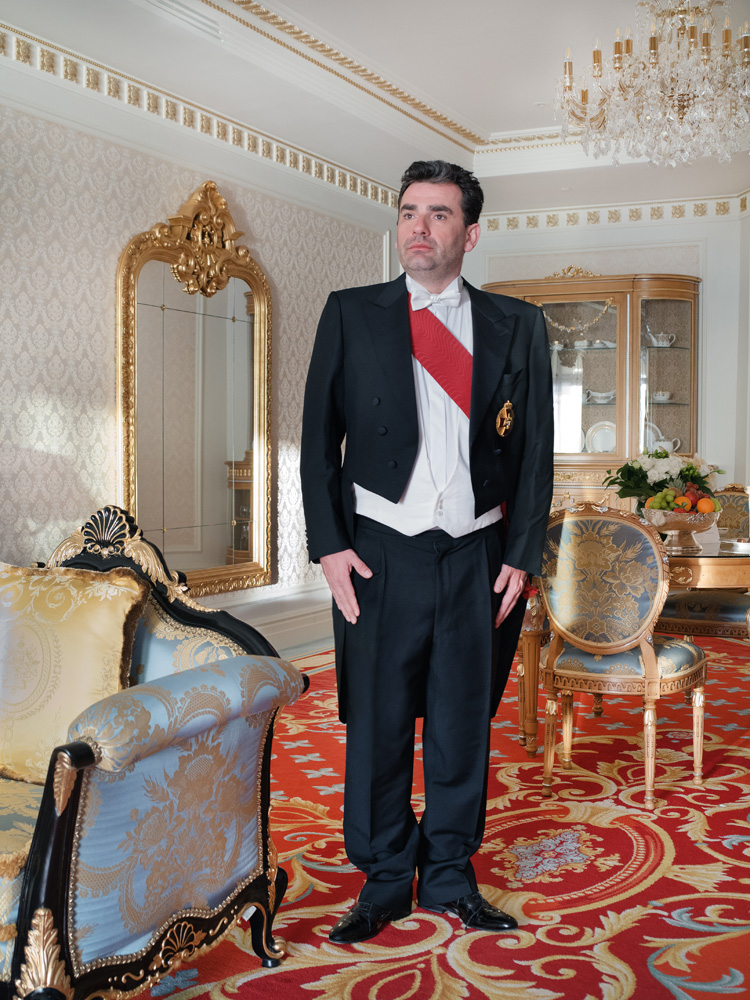 His Royal Highness Prince Davit Bagration of Mukhrani - Hereditary Prince of Mukhrani, Royal Prince and Head of the Royal House of Georgia

Royal House ruled over the Kingdom of Georgia until 1801 and over the allodial Principality of Mukhrani until 1840. Dethroned in Georgia in 1801 and in Mukhrani in 1840 as result of unite of their sovereign estates with the Russian Empire.

The only survived line of the Royal House of Bagration now officially recognised with the Royal dignity by other Royal families.

Prince Davit in 2009 was proclaimed by the Patriarch Ilia II of Georgia as Crown Prince and only heir to the Throne of Georgia.

One of the oldest Royal Houses of the World. Descends from Armenian Royal Dynasty of Bagratuni (Bagratid’s House), therefore more than 2000 years of Royal blood.

One of the most important Eurasian Highest Aristocratic Houses.

Prince Davit is bright representatives of the brilliant aristocracy of the Eurasia.

Prince Davit is Grand Master of the Dynastic Royal Orders of this Royal House.