Imperial and Royal House of Habsburg-Lothringen 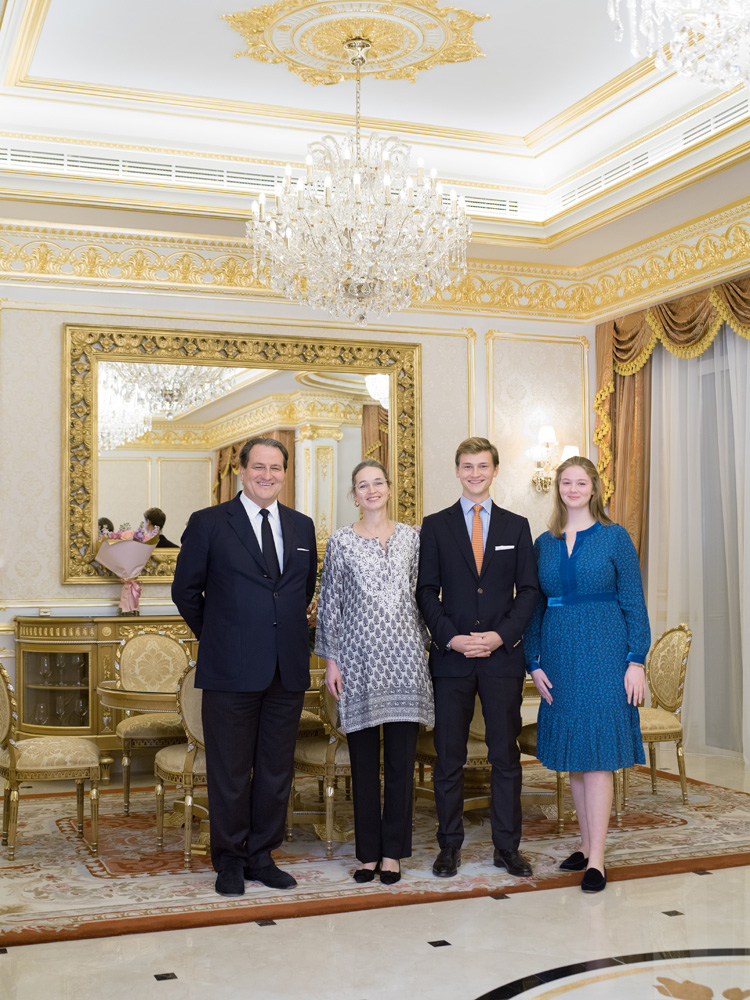 Imperial and Royal House ruled over the most territories of Europe during centuries, up to 1918 (over Hungary until 1919) as Sovereigns. Dethroned in 1918 (in Hungary 1919) at the end of WWI as result of republican plots.

One of the most important Euro- pean Highest Aristocratic Houses. In close family relationship as kinsman with presently ruling Royal Houses of Spain, Belgium, Luxemburg, Netherlands and the Liechtenstein.

This is the only branch of the House of Habsburg who ruled until 23 august 1919, more than all other branches of Habsburgs.

Archduke Josef Karl is the grandson of last Habsburg’s Ruler of Hungary Prince-Palatine Josef August of Austria. Archduchess Margarete is also the Princess of Hohenberg, she is granddaughter of Archduke Franz Ferdinand killed 1914 in Sarajevo.

Archduke Josef Karl is one of 50 living Knights of the Golden Fleece, and the Captain-General of the Hungarian Royal Order of the Vitez.

Archduke Karl Josef with wife Archduchess Margarete, their son Archduke Paul and daughter Archduchess Elisabeth are bright representatives of the brilliant aristocracy of the Europe.