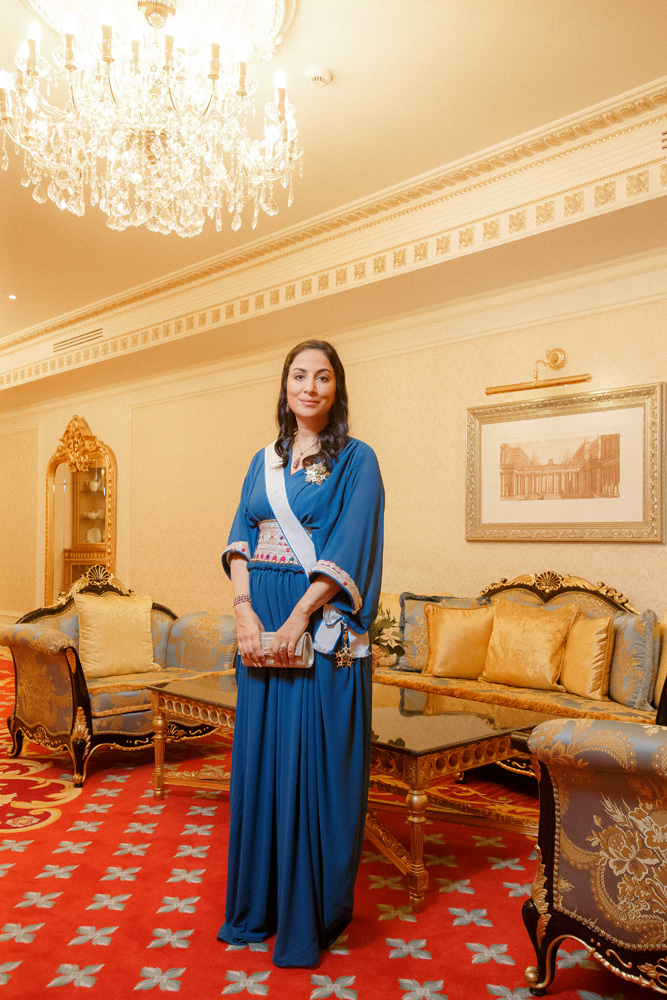 Royal House ruled over Egypt and Sudan up to 1953. Dethroned as result of republican revolution.

This Royal Dynasty was founded by Muhammad Ali Pasha, an Ottoman Albanian Commander-in-Chief, who exercised the office equivalent to Viceroy of Egypt, when he proclaimed sovereignty of Egypt that was approved by the Ottoman Empire.

Princess Noal is a granddaughter of the King (Padishah) of Afghanistan Mohammed Zaher Shah, who ruled over Afghanistan Kingdom to 1973.