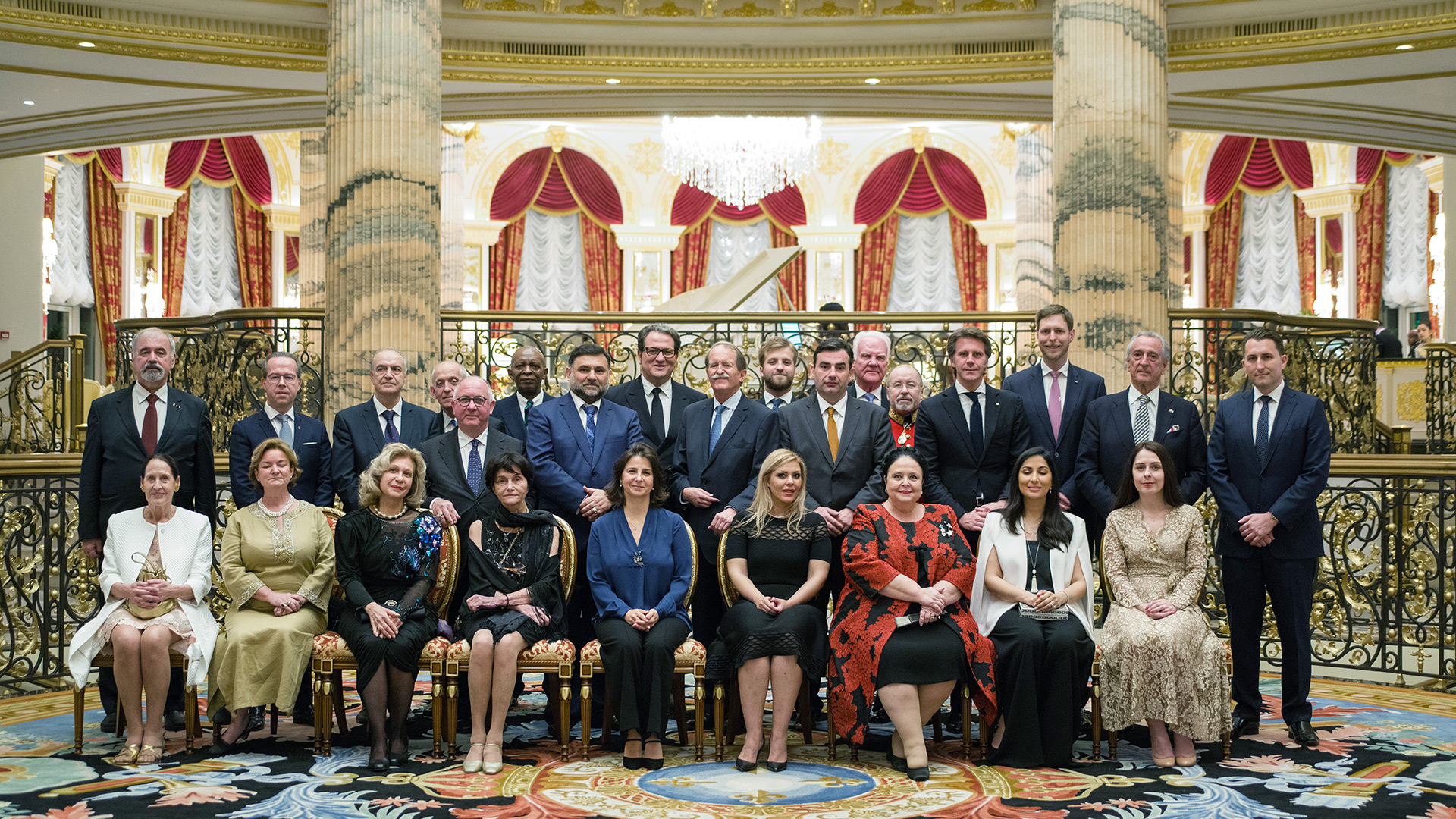 History of the Royal Club

In 2019 we were honoured to announce the foundation of the Royal Club, founded by the members of the Imperial and Royal Dynasties of the world.

The Club is headquartered at the Raffles The Palm Dubai, a five-star hotel which has set an unprecedented standard of comfort in luxury hospitality. And yet, the true value of the palace is in its devotion to timeless virtues.

The Royal Club was founded to host cultural, social, academic and philanthropic events under the patronage of the Imperial and Royal Dynasties to preserve centuries-old honorable traditions and lend a helping hand to those in need in the developing parts of the world. The Club will also work to enhance social awareness and to collaborate with local and international philanthropic organisations.

The inaugural meeting of the Royal Club took place on 15 January 2019 at the former Emerald Palace (now Raffles The Palm Dubai). Its Founding Members are:

The Founding Members appointed the Executive Committee of the Club that consists of a Board assisted by a Directorate.

His Imperial & Royal Highness Archduke Josef Karl of Habsburg- Lothringen has been appointed the Chairman of the Executive Committee.

Dr. Pier Felice degli Uberti has been appointed as General Secretary of the Directorate.

Dr. Nver Mkhitaryan, Owner of the Emerald Palace Group, has been elected as Honorary Director of the Directorate. Speaking about the important mission of the Club, Dr. Mkhitaryan highlighted:

”Today, I am honoured to announce the establishment of the Royal Club in Dubai, founded by descendants of the oldest royal dynasties of Europe and the rest of the world. The Club’s headquarters will be located here at Raffles The Palm Dubai. I truly believe that the global elite will recognise this noble initiative, which will help to make the world a better place.”

The first social gathering of the Royal Club took place on 16 January 2019 at the Grand Salon Maximillian.

Future events of the Royal Club will be announced in due course.

All guests of Raffles The Palm Dubai can enjoy memorabilia of the Royal Club. They also have the opportunity to stay in the hotel’s spacious personality rooms, suites and luxurious villas, which are named after the members of the Imperial and Royal dynasties who had resided in them.

At the majestic Raffles The Palm Dubai, every guest is treated like a king, while true royalties feel at home.