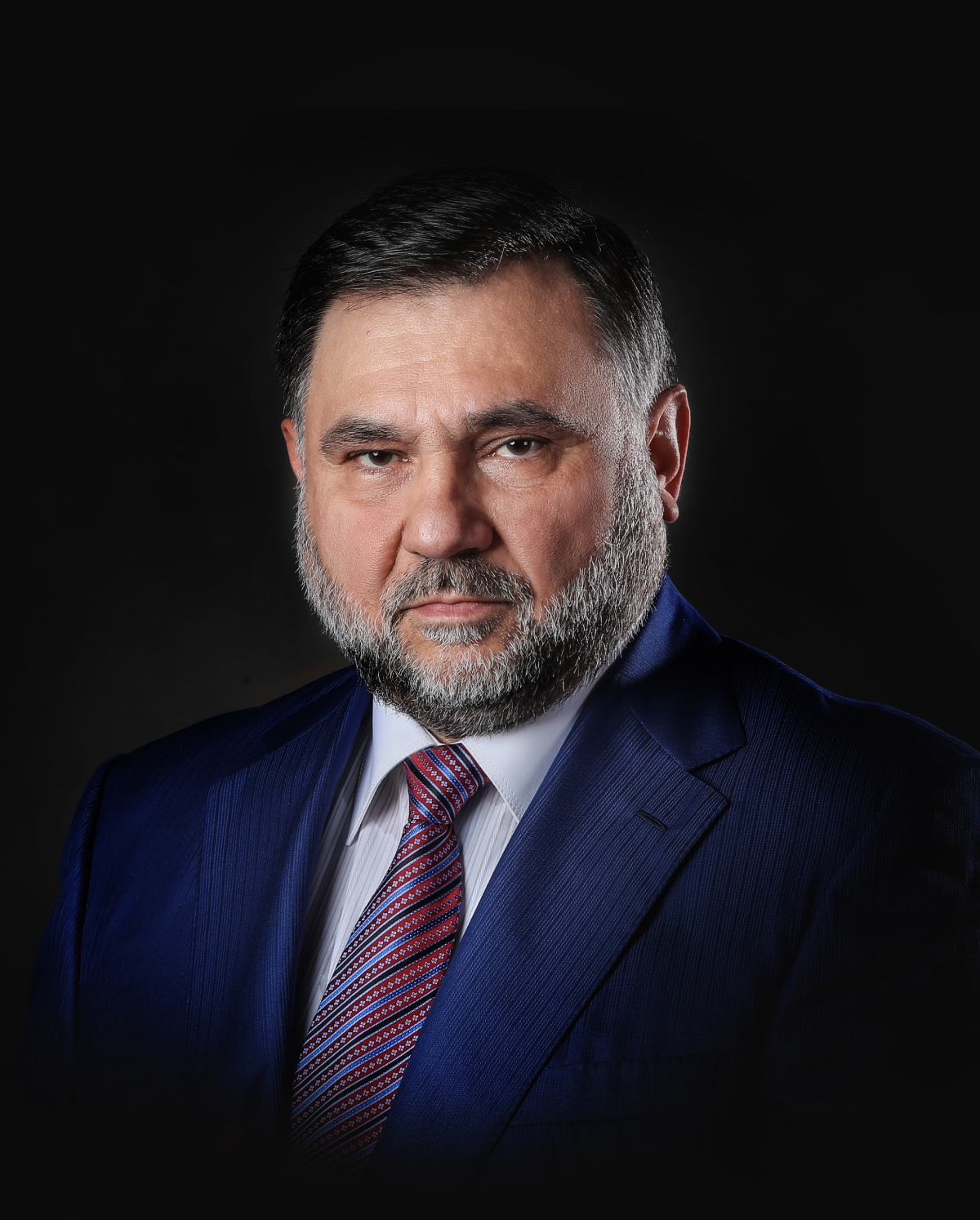 Nver Mkhitaryan, founder of the Emerald Palace Group, is more than your average multi-million-dollar real estate developer. he is also a researcher and the author of a number of scientific books. Having built a European Palace on the Palm Jumeirah, He has redefined high-end luxury.

Born in the Soviet Armenia, Mkhitaryan has always been particularly curious and studious. The son of a famous writer and member of the Writer’s Union of the USSR, he grew up in modest surroundings, yet accompanied by thousands of books.

“We had an incredible library at home as my father spent all his earnings on the greatest examples of the world’s literature,” he remembers.

After graduating in architecture and construction from the National Polytechnic University of Armenia in 1982, Mkhitaryan was immediately assigned a role working on the construction of a new sports facility in the center of Yerevan—the capital city. At the time, Armenia was preparing to host an athletics world championship, and the country’s leadership was heavily involved in the iconic project, which demanded an almost 24/7 commitment.

“Thanks to that challenging environment, I learnt how to define and accomplish my goals,” he says. Mkhitaryan soon earned himself a reputation for being hard-working and dedicated. In 1986, aged just 26, Mkhitaryan was put in charge of a construction material factory—realizing career goals way beyond his young years.

But the high-achiever was not completely satisfied with just the one path. So, having established himself in his chosen field, Mkhitaryan moved to Ukraine in the 90s to pursue scientific studies. By the time he turned 36, he had already earned his PhD from the Kyiv National University of Building and Architecture, and become a Ukrainian citizen.

In his new homeland, the young entrepreneur noticed that there was a desperate market need, which demanded to be addressed. A lack of affordable new residences meant that many people were being forced to live in tough conditions. In 1996, he invested $10,000 in launching Ukraine’s first private real estate development company, Poznyakizhilstroy, and set to work developing comfortable living spaces that had not been seen before in the country.

With this modest investment, and his excellent negotiating skills, Mkhitaryan succeeded in completing his first project. He acquired the land from the Youth Cooperative Society in return for a number of the finished apartments. He used the value of other apartments to pay for supplies, with the remainder sold on the open market to pay salaries. By the time the project was complete, Mkhitaryan found himself once again being recognized by the government—he was given a Distinguished Developer Award from the President of Ukraine.

“Those working in construction are always in demand. Our job is tough and it requires us to assume lots of responsibility, but we also shape the architectural heritage and history of some great cities,” says Mkhitaryan. By the early 2000s, Poznyakizhilstroy was a leading real estate company, employing more than 25,000 people and indirectly supporting thousands more. Within a short period of time, the company developed and sold more than a million square meters of residential real estate in Kyiv alone.

On the side, Mkhitaryan authored more than 300 scientific publications, including 14 monographs. His other achievements include that of being a professor, a Laureate of the State Prize of Ukraine in Science and Engineering, and a Corresponding Member of the National Academy of Science of Ukraine. He also founded the Institute of Renewable Energy of the National Academy of Sciences of Ukraine.

Mkhitaryan’s contribution to the country’s economy, science and society were largely recognised by the government. He received a Charter of Honour of the Parliament of Ukraine, and he is the full Chevalier of the Order of Merit. In addition, he received the Order of Yaroslav the Wise, the Order of Danila Halitsky and a number of other state and social awards.

It was at this time that Dubai first caught the eye of the now hugely-successful businessman. First as a luxurious holiday destination, and then as a business hub. Once he founded the Emerald Palace Group, Mkhitaryan made Dubai his home, leaving the Ukraine business to his eldest son to manage.

Mkhitaryan instantly recognized the great potential of the Palm Jumeirah. “The ambitious vision of H.H. Sheikh Mohammed bin Rashid Al Maktoum made the Palm Jumeirah truly the eighth wonder of the world,” he explains. He set about putting his unique development skills to use. Having spent many years studying the art and science behind luxury and human comfort, he found out all he could about the available plots of land on the man-made island, including the tides and movements of the sea, the sky lines, the sunsets and the shade, and much more. Ultimately, the optimum location for his next project was chosen.

It’s this attention to details that makes his hotels stand out in a region where high-end luxury has become the base-level expectation. Aside from creating breathtaking properties, Mkhitaryan also continues to nurture his inquisitive mind. Having already authored dozens of books, including the most recent “Man and Dwelling”, he is now working on his next one, in which he promises to share his thoughts on the secrets to success in architecture and development. He also hopes to continue working on projects that stretch him and enable him to express himself as an architect.

And the most important values behind his thriving leadership skills?

“It is always important to stay up-to-date, and to move forward together with the times we live in,” says Mkhitaryan. “I believe that the recipe for success includes profound knowledge and professionalism, as well as dedication, a positive work attitude and, of course, a bit of luck.”